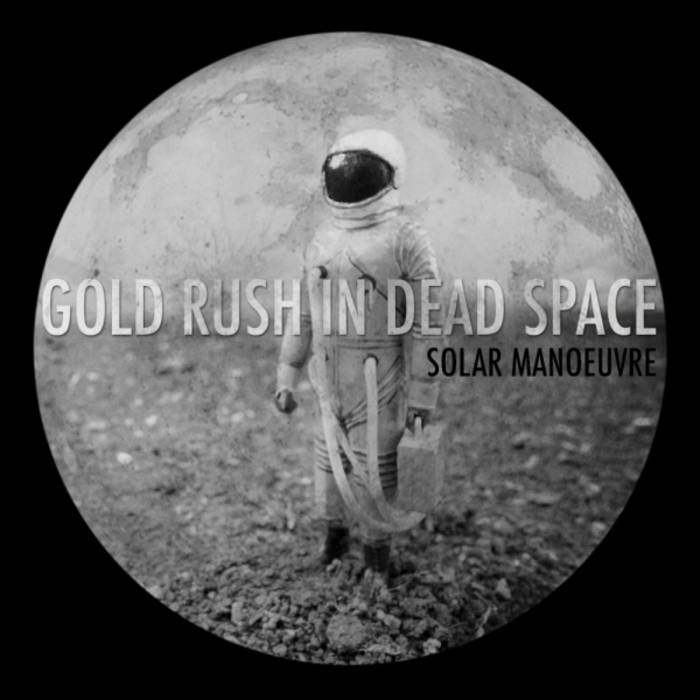 Recorded in their own studio “Gold Rush in Dead Space” tells stories about distant places (“Sunlit Hill”), times (“Battle of Eris”), the first ape (“Albert II”), the first woman (“Sally, Take a Ride With Me”) and the last man (“Out of Oxygen”) in outer space. Further they explore relevant topics like the greediness of mankind (“Here Comes the ReaperMan”) and its drive for expansion (“Elite”). Now to something completely different: They have their finger on the pulse of our fragile present age.
Their sound floats between past, present & future, between Ziggy Stardust, Arcade Fire & Curiosity. Solar Manoeuvre play their amalgamrock “8 Miles High” with a touch of “Brain Damage” but always “Straight to Hell”.

If you want to pay via bank transfer, simply contact us via mail at band@solarmanoeuvre com.

Wrap up five ingenious musicians in space suits and shoot them right into outer space. What will you get? One outstanding, higher-than-sky rock experience? Right. Smooth as silk guitar sounds enveloping around panty-tight rhythms even NASA’s DSAC could synchronize with? That’s right too. Well, almost right. ... more

Bandcamp Daily  your guide to the world of Bandcamp

MF DOOM is given his flowers, plus appearances from MC Jada Imani and Stanley Ipkuss